What is the best motivator for students to become life-long learners? Seeing their parents as living examples. Look forward to an array of courses; from Parenting to Parsha/Chumash skills, and Jewish history to Talmudic logic. Find out more by inquiring below.

This is as list of therapists currently seeing students on site at Hebrew Academy and the insurance they accept, it does not serve as an endorsement. Always confirm with your insurance before making an appointment with a new Therapist.

This is as list of therapists currently seeing students on site at Hebrew Academy and the insurance they accept, it does not serve as an endorsement. Always confirm with your insurance before making an appointment with a new Therapist.

LHA Torah on the GO podcast!

G-d Repeats Himself, Maybe Not?

G-d does not repeat Himself. In case that wasn’t clear, G-d does not repeat Himself. Oops! And yet…G-d said to [Adam & Eve], “Be fruitful and multiply.” Then a mere ten generations later G‑d said to Noah, “Be fruitful and multiply.” What’s going on?If you want to understand anything Jewish, look to the first time it is mentioned in Torah. Hence the first sin is the key to all sin, Cain and Abel are the prototype of all sibling rivalry and Abraham’s struggles are every Jew’s. There might be one exception. G-d’s first communication to man. Read Genesis carefully: G‑d blessedthem and said, “Be fruitful and multiply.”  Now fast forward 1657 years, and once again G‑d says, “Be fruitful….” But G-d did not repeat Himself.  To Adam the words were a blessing, to Noah a command. The statements may seem similar, but not their intention. This assertion however raises other questions. Why didn’t G‑d do both in one shot? Why not bless and obligate Adam all at once? Why wait more than a millennia and a half to instruct Noah?

An alternative reading is that G-d is not directing Noah, but reaffirming His commitment to existence.  Obviously Noah was worried about bringing new life. Why give birth, if in the future it might all be destroyed!?  So G‑d promised Noah that He would not. This explains the second communication. G-d was establishing a covenant and reassuring Noah. Understood!  But why repeat the mission statement to be fruitful. G-d had already made it abundantly clear that all was good to go Explanation: The flood was more than a punishment.

It was a global ritual bath that purged the world’s uncleanliness and generated a new existence. This was not going back to square one. It‘s more like a Mikvah. A non-Jew immerses, a Jew exits. Ditto the world. But what exactly was ‘new’ about the world? In the beginning, the world was locked within its own dynamic. It could not rise beyond its own limitations. To become ‘holy’ it had to rely upon input from Above. It could not generate holiness from within itself.

One might ask, why design the world in two stages?  Why create a world with a tenuous infrastructure, have it brought to a point where an apocalypse is necessary, and then begin again? Why not start out with the intended goal?Obviously, G‑d’s true desire is that the world itself should have the capacity to re-attain sanctity. A universe that will be holy only when flooded with His presence is not G-d’s ultimate interest. But can you expect creation to aspire to something it cannot even imagine? If you want a child to be an artist or a musician, take him to the museum where he can see great art or a concert hall to be uplifted by amazing melodies.  Similarly, if G-d desired a world to seek holiness, He needed it to experience overwhelming holiness. We can now answer the question: Why repeat ‘be fruitful’ after the flood? The statement to Adam was both a blessing and a directive. It expressed the overarching purpose of humanity: to increase not only our population, but G‑d’s presence. The blessing was that this world would feel G-d’s power. At the time of that blessing, it should have been fairly easy. After all, all of mankind lived in Paradise. But after the flood, the planet was anything but a Garden of Eden. It was bare, barren and ravished.  A new blessing and command were needed, one in accordance with the new circumstances. Though similar to the first, it truly was different. It was sustainable. More important, it wasn’t a blessing merely to increase G-d’s presence, but our impact.  It was a brave new world, one that not only relied upon G-d to shower gifts from Above, but on our new-found muscle to mop up the mess below. 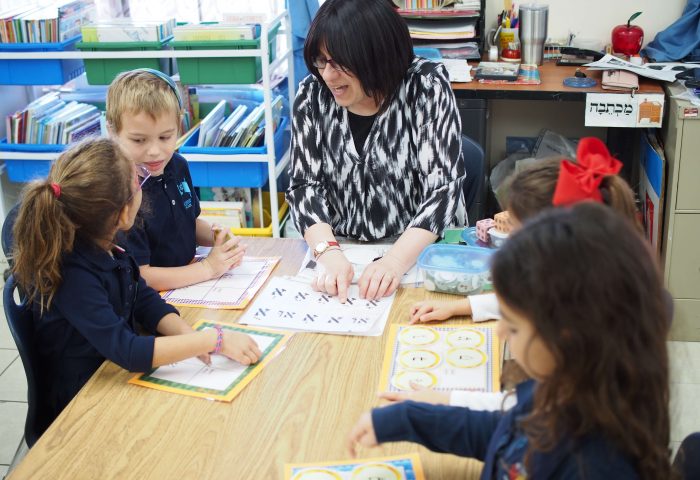 WHAT AN AMAZING YEAR …. (and, Looking forward to the Next)

It’s hard to believe that summer is almost half-way over. […]

A FIRE in PARIS: A BOOK and a BUILDING

FROM MATZAH to MEASLES

In response to the many who have asked me for […]